The earliest passport is dated December 6, 1934, this is the year that the. Glen Dale WV plant opened up, Louis Marx would have been 38 years old. The Erie plant opened in 1933. 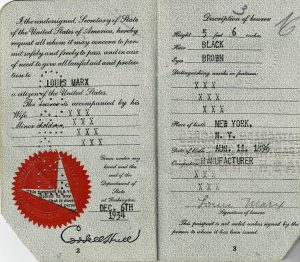 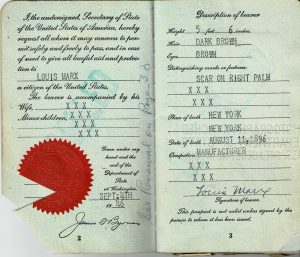 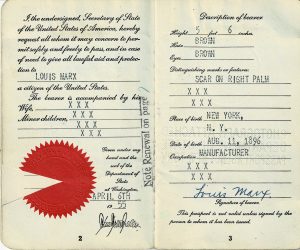 In the front of these passports is a place to fill out your name, address and also a place to fill out that reads: “In Case of Death or Accident Notify , Address. Well, take a look!  Mr. Marx put down President Eisenhower, Address: White House Wash. DC . 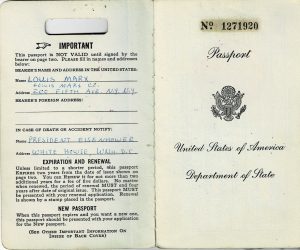 Also in this collection we have two passports for Idella, Louis Marx’ 2nd wife. 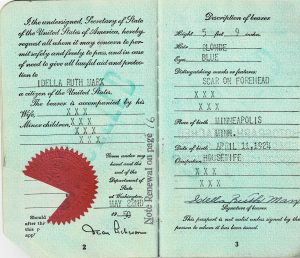 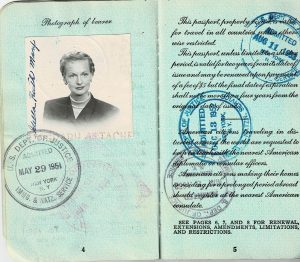 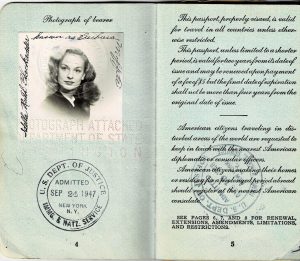